Design and construction of hydrogenation furnaces 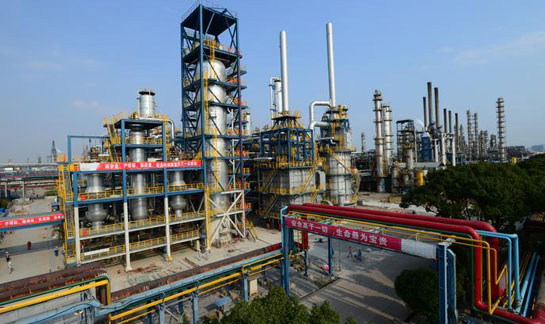 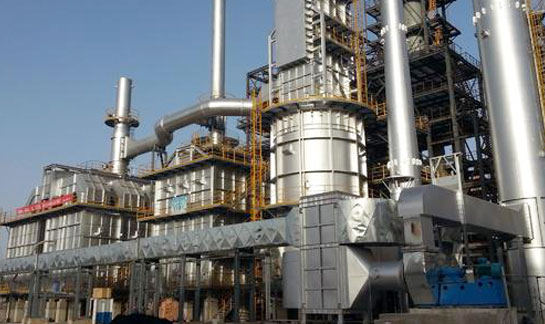 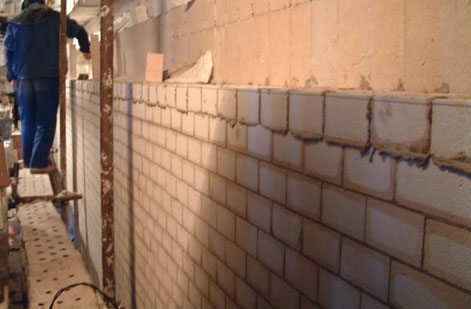 Considering the furnace temperature (usually about 900℃) and a weak reducing atmosphere in the hydrogenation furnace as well as our years of design and construction experience and the fact that a large number of burners is generally distributed in the furnace at the top and the bottom and the sides of the wall, the lining material of hydrogenation furnace is determined to include a 1.8-2.5m high CCEFIRE light-brick lining. The remaining parts use CCEWOOL high-aluminum ceramic fiber components as the hot surface material for the lining, and the back lining materials for ceramic fiber components and light bricks use CCEWOOL standard fiber blankets. 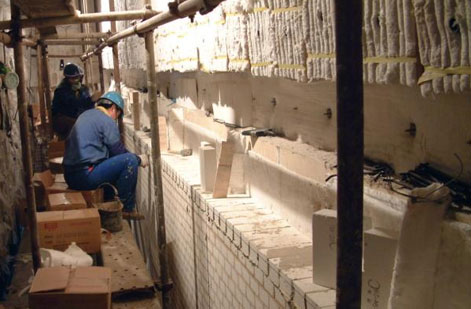 A box furnace:
Based on the structural characteristics of the box furnace, the light brick part at the bottom of the furnace walls of the radiant chamber should be tiled with CCEWOOL ceramic fiber blankets, and then stacked with CCEFIRE lightweight refractory bricks; the rest can be tiled with two layers of CCEWOOL standard ceramic fiber blankets, and then stacked with high-aluminum fiber components in an angle iron anchor structure.
The top of the furnace adopts two tiled layers of CCEWOOL standard ceramic fiber blankets stacked with high-aluminum ceramic fiber modules in a single-hole hanging anchor structure.
These two structural forms of the fiber components are relatively firm in installation and fixing, and the construction is quicker and more convenient. Moreover, they are easy to disassemble and assemble during maintenance. The fiber lining has good integrity, and the heat insulation performance is remarkable. 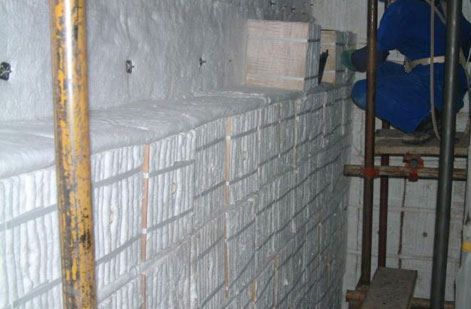 According to the characteristics of the anchoring structure of the fiber components, the furnace walls adopt "herringbone" or "angle iron" fiber components, which are arranged in the same direction along the folding direction. The fiber blankets of the same material between different rows are folded into a U shape to compensate for fiber shrinkage.

The central hole hoisting fiber components at the top of the box furnace adopt a "parquet floor" arrangement.